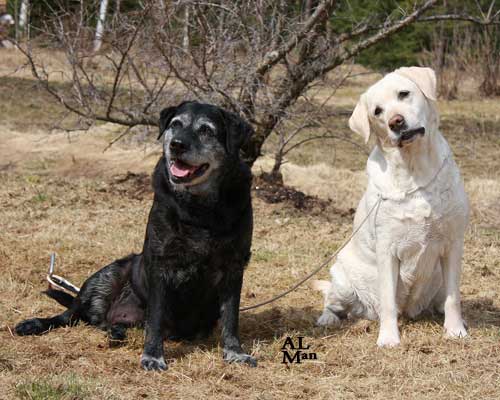 I live in northern Finland, near the city of Oulu. I breed Labrador Retrievers in a small scale, 1 or 2 litters per year, sometimes none. My aim is to breed Labradors with Type, Health and Temperament. MYSIS-labradors are not junior age show stars, they are maturing slowly, but some of them have had a long career in show rings after matured.

I started dog breeding quite late by comparison to my dog owner years. That’s because, at first horses and riding were more close to my heart, and then I got some children and as a mother didn't have time to breed dogs. And I had possibilities only to keep one dog at a time, so breeding was not first in my plannings.

My first dog was a Finnish Spitz Piku, bred by my father. She died at the age of 13 years and that happened in 1977. In the same year, I got a Spitz bitch Reeta as a present from my uncle, but I moved away from home to study biology and Reeta could not come with me. I left her to my father. Reeta died accidentally at the beginning of the year 1982. After that, I started to find a new dog for us.

We planned our breed could be a wire-haired dachshund, an English setter or a retriever, and finally made a decision our breed is a Labrador. At that time, Labrador puppies were quite rare in Finland and we heard that we need to wait a year to get a puppy. Luckily, I met some people who knew where to find a puppy.

We bought in 1982 Ethusan Yvette, "Vette", bred by Raija Viidanoja. She was a black bitch from the litter of Swedish-bred FIN CH Kamrats Barbara, sired by Norwegian-bred NORD FTCH & FIN CH Kevin Keegan av Sverresborg. Vette died to cancer in the summer 1985. After that, we got another Barbara’s black daughter Ethusan Kirppunen, "Kirppu", sired by Keitsun Nuohooja. Kirppu made one litter to her breeder. Litter's father was imported from UK, FIN & NO FTCH Drakeshead Wade.

Kirppu died in 1994, and after that was a period of almost four years when I had no Labradors, but we had other breeds, Golden Retriever “Hippu”, Cavalier King Charles Spaniel “Nami” and Finnish Spitz “Alma”.

Soon I realized that life is nothing without a Labrador and in the year 1998 I bought a black bitch, who was bred by Anu Honkapirtti, but actually she was a Trendmaker's bitch, from Swedish and British bloodlines. She was Mallorn’s Chinook, "Hertta" – the foundation bitch for MYSIS Labradors. Hertta was very special to me. She was absolutely the wisest Labrador I ever had met. Hertta become FIN CH & SE CH(Sh) (Finnish Champion and Swedish Show Champion). She died at age of 12 years in the summer 2010. Hertta's sire is NL CH NORDW-99 NLV CW-99 Trendmaker's Tycoon and dam Trendmaker's Make Your Move. Hertta was a good producer and is found in almost every pedigree of MYSIS labradors.

With dogs come Dog Clubs. I started my “career” at a local Retriever Club in Oulu as member of the board (1982-1998). At the year 1994 I become member of the Finnish Retriever Club’s Breeding Committee as Breeding Advisor for the Labrador Retrievers. Two years later I was asked to be Breeding Advisor in the Finnish Labrador Retriever Club, which was become the Breed Club for Labradors in 1995. I was on that duty 1996-2003, and after that Chairman of the Labrador Club's Breeding Committee (2004-2011). Now I am retired from all dog clubs, hope so.

We live in countryside, 15 km out of the Oulu city center. Years ago we had other animals, too. Our cat is photographed on her 20 years birthday, and our handsome cock lived quite long life, too, 12 years. 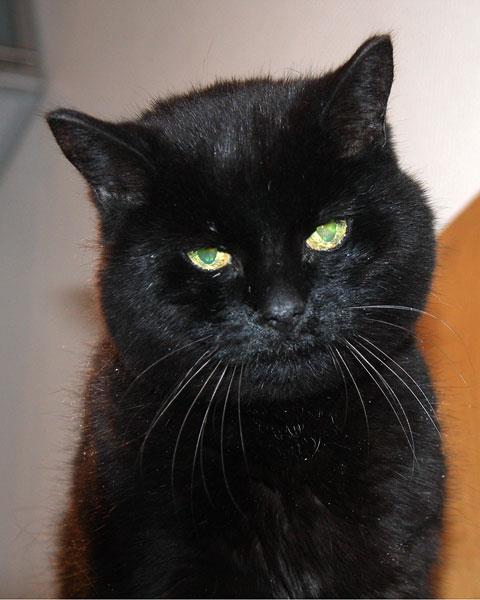 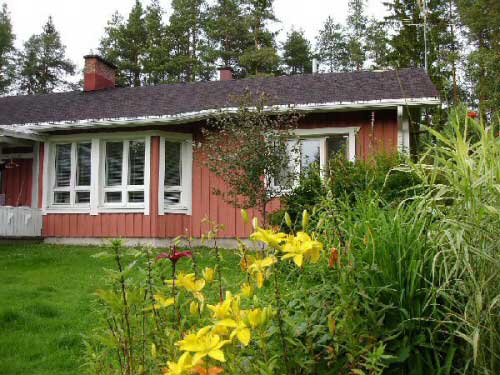 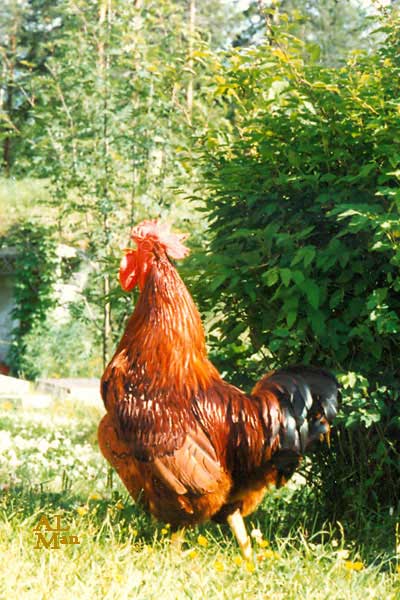